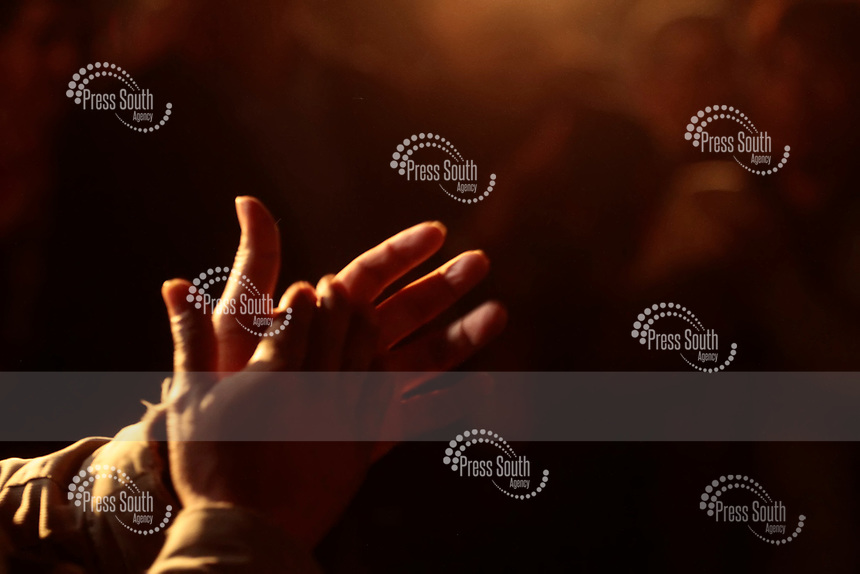 Members of the Ecuadorian press hold a solidarity vigil outside the government palace by the team of El Comercio newspaper, which were abducted in Mataje (Esmeraldas, northern border), in Quito, Ecuador, March 27, 2018. Government authorities They confirmed, at a press conference, that the two journalists and a driver were kidnapped by irregular armed groups. (Photo by Franklin Jácome / Press South)