GUAYAQUIL, ECUADOR - MAY 20: Supporters of Former Vice President Of Ecuador Jorge Glas wait outside Aeropolicial on May 20, 2022 in Guayaquil, Ecuador. Jorge Glas turned himself to the National Police after the Court of Santa Elena unanimously declared annuled the Habeas Corpus by which Jorge Glas was released from prison at the start of April. Glas is under sentence for illicit association with the Brazilian company Odebrecht. (Photo by Gerardo Menoscal/Agencia Press South/Getty Images) 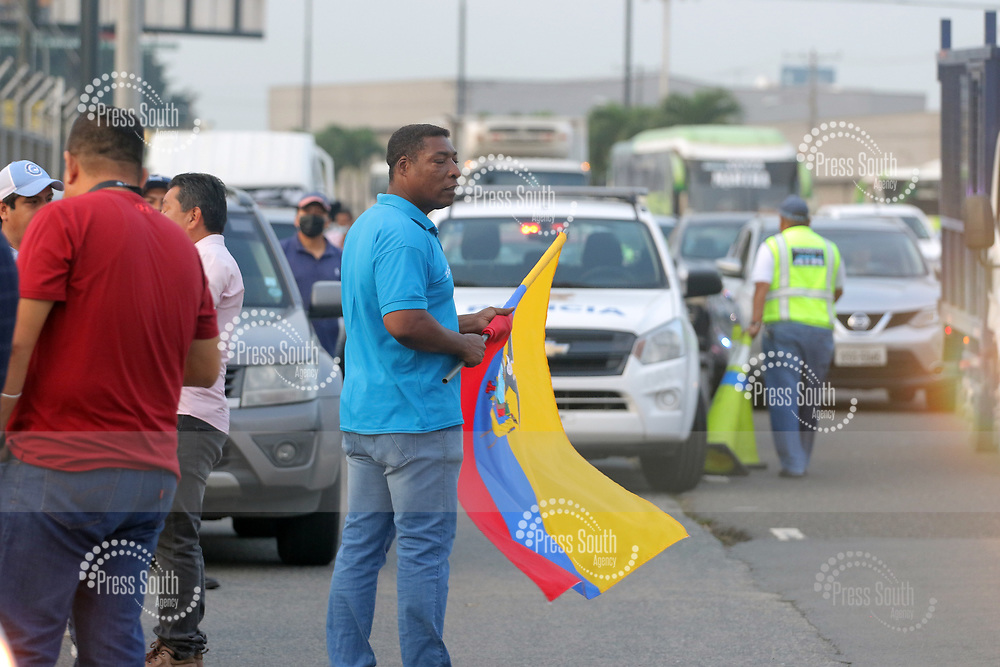