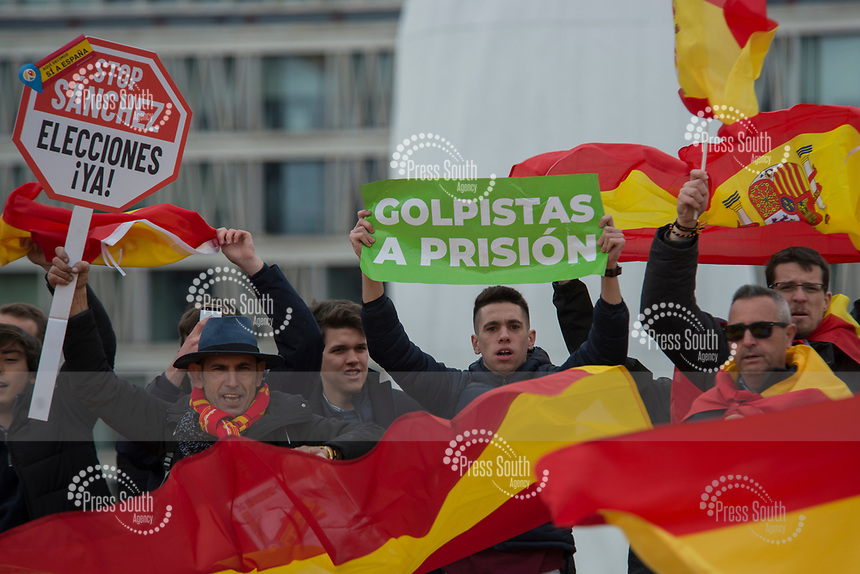 MADRID, SPAIN - FEBRUARY 10: Thousands of people have demonstrated on the Plaza de Colón, in the center of Madrid, against the current president of the Spanish government, Pedro Sánchez. They demand elections already, and claim that the unity of Spain is not negotiated. The leaders of the right-wing political parties, have joined the march on February 10, 2019 in Madrid, Spain. (Photo by Patricio Realpe Agencia Press South/Getty Images)