MADRID, SPAIN - MAY 22, 2021: Luis Suárez and his family during the delivery of the champion cup of the Spanish soccer league. Atlético de Madrid has collected the champion's trophy, which accredits it as the best team in La Liga 20/21. This is the Eleventh League Cup of Simeone's team. Atlético has received the cup from the president of the Community of Madrid, Isabel Díaz Ayuso, and the Mayor of Madrid, José Luis Martínez Almeida. The president of Atlético de Madrid, Enrique Cerezo, was also present at the event. Atleti has won the league title by beating Valladolid on the last day at the Zorrilla stadium. (Photo by Patricio Realpe/ChakanaNews) 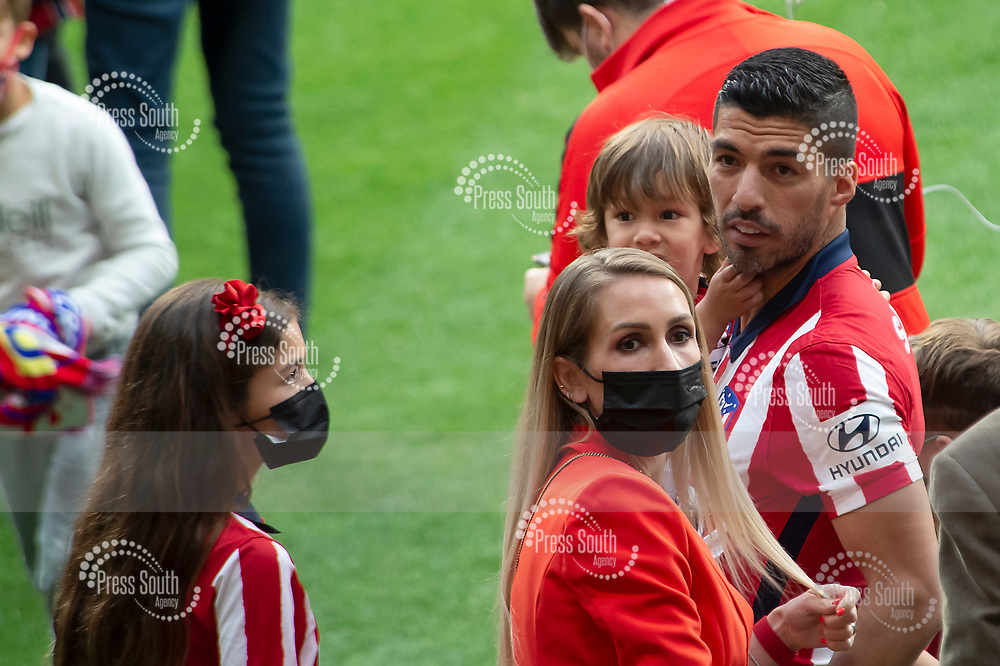