CIUDAD ACUNA, MEXICO - CIUDAD ACUNA, MEXICO - SEPTEMBER 18: A migrants gather on the border between Ciudad Acuña and Del Río (Texas) to settle in a makeshift camp under the International Bridge, waiting to resolve their immigration situation on September 18, 2021 in Ciudad Acuna, Mexico. The makeshift encampment has grown rapidly and officials are struggling to provide food, water, shelter, and sanitation, forcing between 8,000 and 12,000 migrants to walk across the Rio Grande several times each day for basic necessities. According to reports made by authorities, most of the migrants are Haitian nationals but there are also Cubans, Venezuelans and Nicaraguans. (Photo by Antonio Ojeda/Agencia Press South/Getty Images) 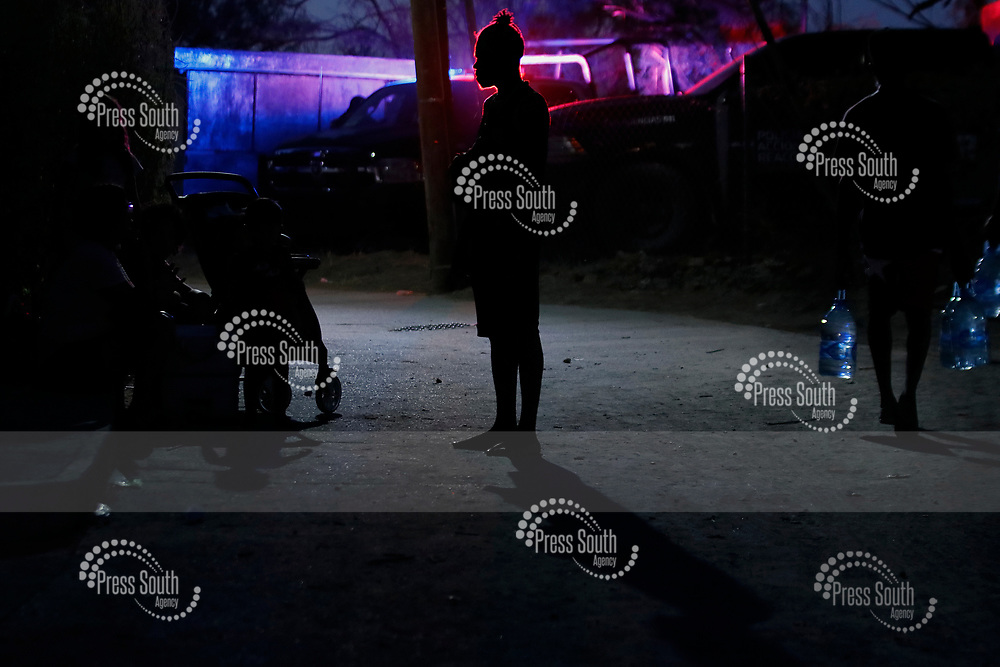