LATACUNGA, ECUADOR - JULY 22: Military officers stand guard outside the Cotopaxi prison after a riot and escape attempt at Cotopaxi prison on July 22, 2021 in Latacunga, Ecuador. The escape attempt occurred after a riot in the medium and maximum security wards. The police deployed elite forces and 45 inmates were recaptured and according to official reports there were 14 dead and 41 injured, six of them are policemen. Photo by Felipe Macías/Agencia Press South/Getty Images) 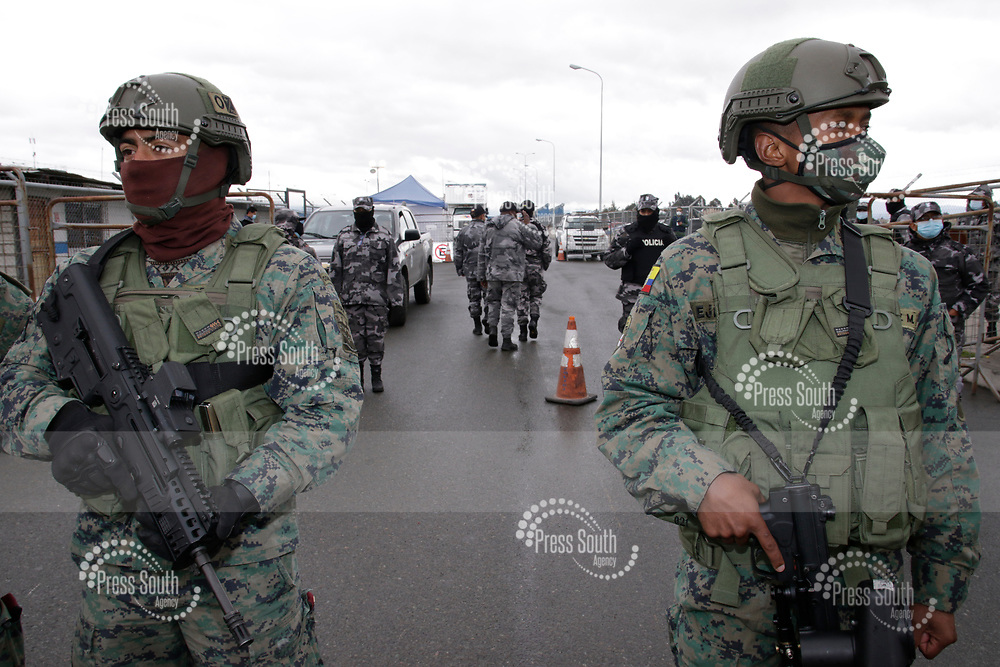