QUITO, ECUADOR - OCTOBER 07: Montufar Street in the historic center of Quito was filled with stones and fire after the protests during a protest against President Lenin economic measures on October 7, 2019 in Quito, Ecuador. President of Ecuador Lenin Moreno declared a state of emergency in response to nationwide protests that took the streets against his government's measures to include tax reform, reducing labor protections and eliminating a 40-year-old fuel subsidy. (Photo by Franklin Jacome/Agencia Press South/Getty Images) 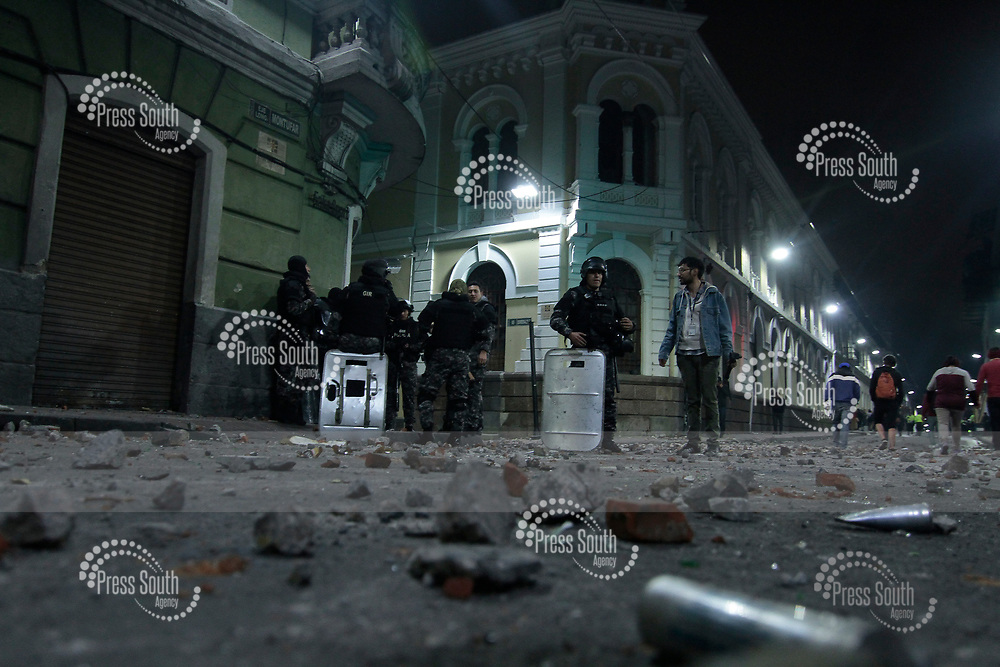